Pre-menstrual syndrome (PMS) is a common complaint for women of childbearing age who have periods. Although some will experience mild symptoms that don't have a significant effect on their daily wellbeing, others find them hard to manage. If you're finding that your PMS is becoming a problem, it's time to consider ways to manage it, including clinics you can attend.

If you're feeling bloated and cramps are starting to kick in, hitting the treadmill is probably the last thing on your mind. But by staying active, you can offset some of the symptoms of PMS.

Exercising raises your serotonin levels, which in turn boosts your mood. It also decreases bloat and reduces pain, which can make pre-menstrual cramps easier to manage. To make exercising easier, choose a form of exercising that you find appealing and commit yourself to it.

In a small number of cases, PMS becomes so severe that it has a negative effect on your relationships. When that happens, you may want to visit a doctor and discuss whether taking an antidepressant is right for you.

You'll need to take your antidepressants throughout the month for them to work properly. But by doing so, you could make your PMS symptoms less severe.

If the thought of taking an antidepressant doesn't appeal to you, attend a sexual health clinic and discuss your contraceptive options. Certain hormonal contraceptives can combat some of the worst symptoms of PMS. If they prove effective, you can continue taking them an enjoy a less disruptive period.

You may experience a lot of junk food cravings when you have PMS, and there's certainly no harm in giving in occasionally. But if you're trying to exist on junk food alone, you'll make your symptoms worse rather than better.

Try limiting the number of salty foods you eat and cut back on caffeine and alcohol. All of them cause bloating, which will make your mood worse when you have PMS. Additionally, focus on complex carbohydrates, such as fruit, whole grains, and vegetables. As they release energy slowly, they're less likely to cause the energy crashes that sugary snacks lead to.

Relaxing isn't always easy, especially when you're leading a busy lifestyle. But if you don't take some time out for yourself, your stress levels will rise.

If you're struggling to relax, try attending a health clinic that promotes wellbeing. You may find that exploring options such as yoga and mediation has a tremendous effect on your PMS. 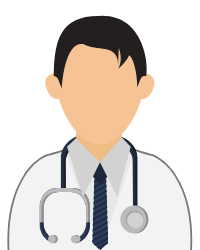 Here are some articles about various health conditions and diseases. I publish these articles in the hope that they will help you to understand various health conditions which may affect you now or in the future. I will be looking at various types of cancer, lung disease, heart conditions, and chronic conditions. I'm not a doctor or a trained professional but I am very keen to research health-related topics so I can raise awareness of the signs and symptoms of various diseases and the treatments available to combat them. I hope you enjoy reading the things I have posted here. Thank you!